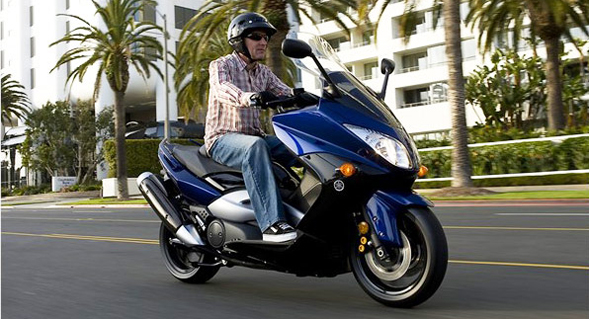 Frequent commenter RB pointed out this article on Wired.com about “scooter trends” which turned out to have almost nothing to do with scooters at all. What’s more it appears to be a fumbled rehash of this interview for Taiwan Economic News. I expect more from Wired and am annoyed at the consistent misconception Americans and American journalists have of scooters, scooterists, and scooting.

The Wired article almost completely misses what Mr. Andreani was actually saying. He isn’t describing a trend within scooters at all. He’s describing a trend toward motorcycle riders wanting automatic transmissions and ending up with a couple more scooter-like machines from the big manufacturers. The only people who would ever really refer to the Burgman or the TMax as scooters are motorcycle riders. Scooterists at their most generous would call them “maxi-scooters.” What’s more, that segment of big scooters is hardly exploding amongst scooter riders — at least here in the US. The TMax is the first new offering in a long while and it’s a net of nothing since Yamaha no longer offers the Majesty.

Mr. Andreani spends just a moment talking about how smaller scooters have trended toward larger wheels, but that’s hardly breaking news. I also take issue with his description of scooters being classified only has “cheap” and “big.” Of course he’s only actually talking about the European market — which is vastly different than the US scooter market — but all the same, it’s a gross oversimplification. The difference between the US market and the rest of the world is a distinction that seems lost on the fine folks at Wired as well. Bigger wheeled scooters are indeed much more popular in Europe, but the overall style here in the US is still geared more toward something with classic Vespa cuteness. That’s what sells here in vast numbers. That’s still the trend. Genuine Scooter Company sells Buddy 125s faster than PGO can make them. Europe and Asia tend toward more modern, sport-styled scooters like PGO’s GMax or most of the Kymco and Piaggio-branded offerings. But the States are still all about cute.

More than anything, his comments don’t relate to any actual trends within scooters and Mr. Borroz completely misses Mr. Andreani’s assessment of the TMax. The TMax is not a city scooter by any sensible assessment, and Mr. Andreani doesn’t actually make that assertion. What he is actually talking about is the scooter-ization of a certain segment of the motorcycle market, which is a completely separate subject all together, and actually very interesting. Bad form, Wired.