The contest for collecting cars and motorcycles is over. Jay Leno wins. Which yeah, if I had a bajillion dollars I’d have a two-warehouse collection of cars and bikes too. Jay does it classy though. His shop is a museum-quality display of so many rare and fantastic cars and motorcycles. I don’t imagine that I’ll ever be at a place financially where collecting cars will be an option for me. I’m okay with that, though. I’m not passionate about classic cars in terms of ownership. I do love refit hot rods and even restored classics. I think there are so many beautiful old cars, but I’m not really interested in owning any. There are great modern cars that’d be a lot of fun also, but it seems to me that the differences between an M3 and a Corvette wouldn’t be worth owning both. Then there’s the expense. Even just one collection-worthy car will set you back a nice chunk of change. Then, is your baby a daily driver? It’s far too easy to end up with garage queens, and where’s the fun in that?

Motorcycles and scooters, on the other hand, can be collected without breaking the bank — depending on what you’re interested in. A cherry classic Vespa, for example, won’t set you back more than $4500 or so. You can get spendy, of course. If you’re a Harley guy you could easily drop $25k for the bike of your dreams. Further up the grade, if you want a custom chopper you could shell out $45k-$70k. There are a plethora of classic and vintage bikes that’ll cost you a pretty penny as well. A custom-branded Orange County Chopper bike on TLC’s American Chopper will set you back at least $1M if you want it on the show. None of these interest me though. I don’t want anything flashy or priceless. I want bikes I can ride. So this is my collection wish list: 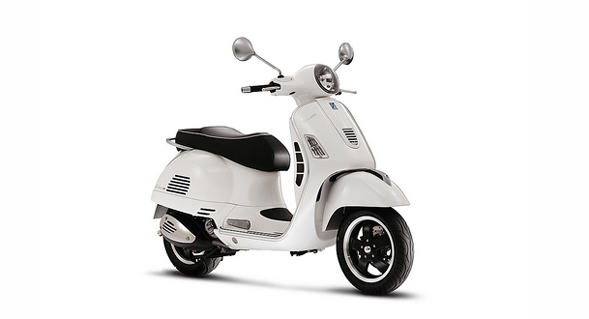 These little italian bikes are what finally charmed me into scooter ownership. My first motorized two-wheeler was a Vespa. That P-200E, and now my Grantourismo 200L, have me convinced that no matter what there must always be a Vespa in my garage. I adore my GT. I fit on it really well and it’s just so much quicker than it ought to be. I love the looks of confusion I see when I pass cars on the highway. Mine is silver, my favorite color. I imagine that I’ll run my GT enough that I will eventually wear it out and need to replace it. That’s fine, just so long as my garage always has a wasp in it. 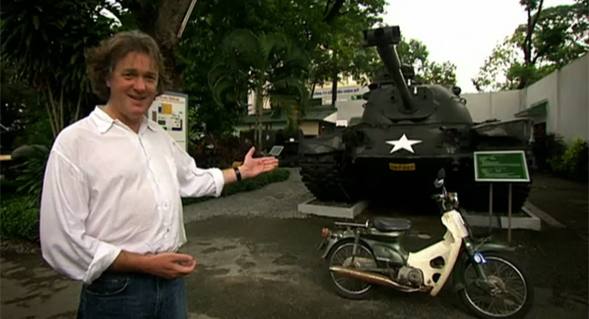 There are no fewer than two high quality Cub clones coming to the USA this year. The SYM Symba and the Fly Scout. However, Honda has announced that they’re reintroducing the Cub with an EFI 4T 100cc engine. No word yet on when it will come to the states. My preference is for the Honda — either one of the new ones or a classic. Shouldn’t be too hard to come by. With something like 60 million Honda Cub’s produced, I ought to be able to procure one. I want the iconic white and blue model. 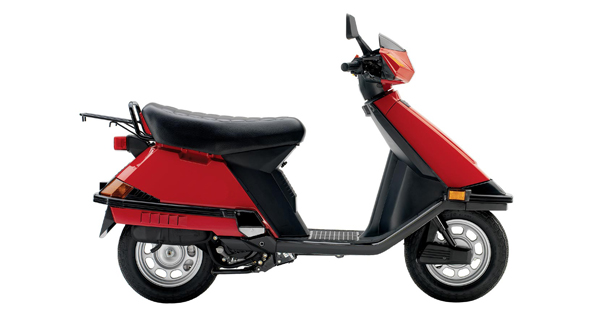 This is not a bike that is likely to make it onto most petrol heads’ dream bike list. It’s on mine for one very important reason. You see, the seed of riding — the very root of my scooter enthusiasm came from seeing a Honda Elite 80 when I was a kid. I thought it was a spaceship that could take me anywhere. I’ve wanted one ever since. They’re pretty easy to come by and cheap to have (good ones can be had for as little as $1000), so there simply must be a red one in my garage. 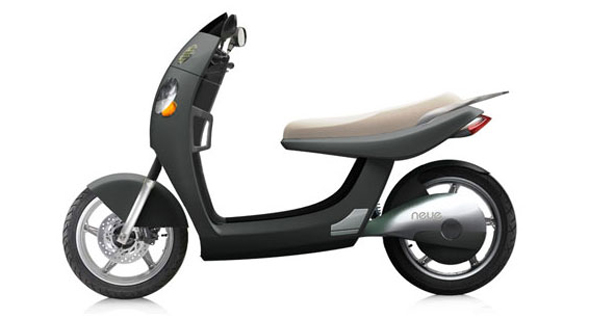 This scooter looks really, really interesting. An electric bike with a 65 mph top speed and up to 100 miles of extended range for as little as $3900. Not only is it an amazing progressive design, but it just seems like it’d be the perfect for errands and running around town. Bottom line, I want to own and run something alternative energy. If the KLD turns out to be a quality machine, I want the velvet green one. 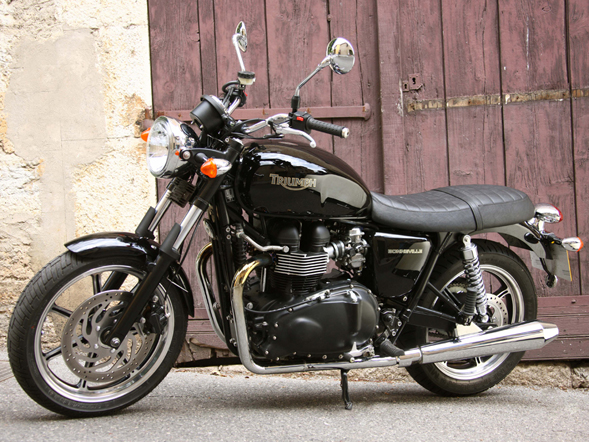 Triumph makes a line of motorcycles unlike anything else in the market today. From their highly acclaimed line of three cylinder “triple” power plants to their unique line of “modern classics” like the Bonneville. I love the Bonneville for a lot of the same reasons I love my MINI. It’s a throwback to the classic ’60s bike that put Triumph on the map in this country. It had performance, looks, and most importantly character. The modern reincarnation adds disk brakes, fuel injection, and the fantastic Thruxton variant, all without losing much of its classic character. The Bonny I want would be a standard Bonneville or a Bonneville black with some choice Thruxton parts installed to give it cafe racer looks, but the comfortable upright riding position of the standard Bonny. This is all the cruiser I’d ever want. I have no real interest in anything made by Harley, but I’d love to have a Bonny to go ride with my father-in-law on his Sportsters. I want one in red or white with custom Union Jack paintwork.

I want to travel on a motorcycle. I want to go places — go long distances. I want to hop on a bike and ride up over the Rockies and back. Granted, I know people who have ridden scooters and even bicycles cross country. You don’t need a touring bike to tour, but I want a Triumph Tiger. I love the looks of it. I love its sporting capabilities. Most of all, I love the fit of it. I don’t fit well on many motorcycles and am too tall for most scooters. I fit perfectly on the Tiger. It’s actually designed for taller riders. The first time I sat on a Tiger in the showroom, the thought that went through my body was “I could sit on this bike for a straight month.” I love the idea of a distance bike with big powerful brakes and a tuned suspension. I want the white Tiger.

7. At least one bike of my own making 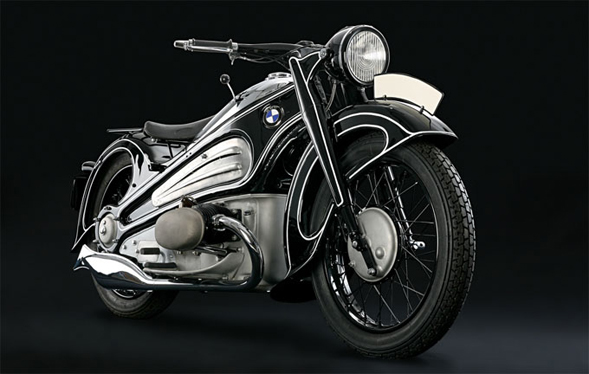 My interest in scooters and bikes actually started by watching American Chopper on TLC. I am not actually much of a fan of Orange County Choppers or their style of bikes. I watch the show because I love watching the building and fabrication process. What I quickly realized was that all OCC really does for most of their bikes is take off-the-shelf parts, pre-fabricated frames, crate motors, and other components and combine them with a small amount of custom metal work and custom paintwork. They’ve found a lot of success with this model, and more power to them. Thing is, I could do that. I’m confident that I could build my own motorcycle or scooter. I don’t have the metalworking skills just yet, but I did learn how to weld a few weeks ago. It’ll obviously take a lot of practice before I’ll be doing anything meaningful, but I am on my way. What I ultimately want to do is build at least one bike of my own design. I don’t want a chopper. I don’t want a streetfighter. I’m really not interested in any of these common custom types. I want to build a bike like it’s straight out of the ’30s — something from the era of streamliner locomotives. I’m absolutely in love with the 1934 BMW R7 pictured above. That bike will be a big influence on whatever I build.

So that’s the list. I want to someday have a diverse stable of two-wheelers, each with their own purpose. What’s exciting is that this whole fleet of bikes would cost less than even one truly interesting collectible car. Not counting the custom and what I already own, it’d only cost about $25k to collect everything I’d like to have. It’ll take years, of course, but I love that accessibility.