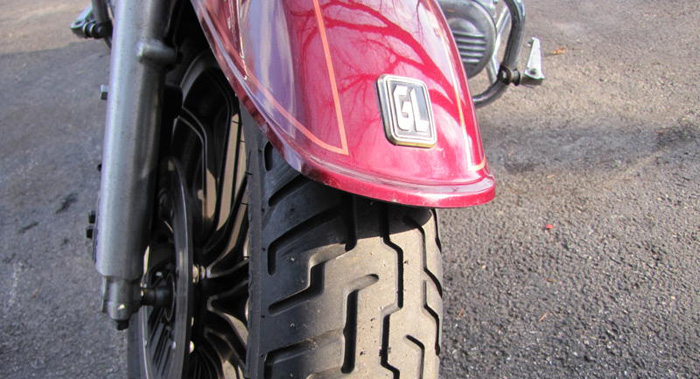 [UPDATE] There’s been a change of plans. It’s a good change, but it’ll likely mean a delay of as much as a month. I’ll no longer be doing the Milwaukee GL. Apologies to the seller.

I recently wrote about my lust for the naked GL. It’s a very cool bike that would not only fit me well, but give me a log of versatility in the kinds of riding I could do. Well rather than letting lust fester into disgruntled contempt, I’ve gone and done it. I put down a deposit on a 1983 Honda GL1100 Interstate. As of this writing, my CB650 is still for sale, but with tax returns trickling in, I imagine it’ll only take a small uptick in the temperature to get that bike out of my garage. Not a moment too soon either. You see, in order to retrieve my new steel stallion, I’m going to have to make a trip to Milwaukee. Once the weather warms up enough, I’ll hop a flight to Milwaukee and ride the GL back to the TC.

But more about the bike. The ’83 is the last of GL1100s. While any of the 1100s, or even a GL1000 would have been a good choice, I went with the ’83 for a couple of reasons. It has slightly taller gears than previous 1100s, for better gas mileage. It was also the first year for the 11-spoke cast wheels — replacing the ubiquitous but atrocious Honda “comstar” wheels. The ’83 also retains the same overall frame geometry and parts overlap that makes the 1100 such a good bike to have. I can swap the vast majority of parts and accessories across the GL1000s and the GL1100s, which lets me have a lot of design flexibility from the older ’70s GLs, but with modern advantages such as electronic ignition. Were I to swap out for spoke wheels and older body panels, the undiscerning eye would have a hard time telling an ’83 GL1100 from the original ’75 naked ‘wing. Regardless, here’s my starting point: 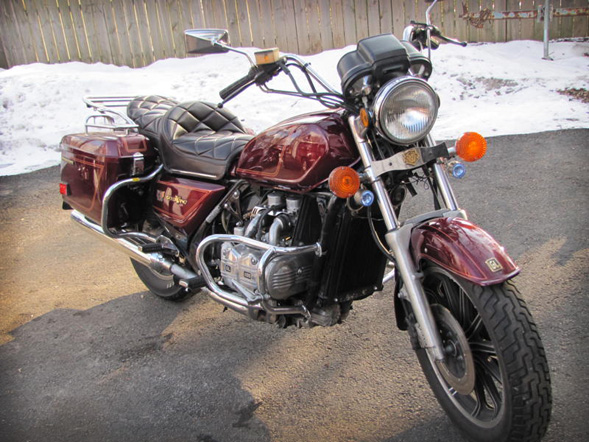 This particular GL has a lot going for it. At only 43,000 miles, it’s not a spring chicken, but it’s at half the mileage you’ll find on most Goldwing Interstate models of this age. Word is a GL motor can do 150k without a rebuild. While not a GL Standard, this particular bike doesn’t have a Vetter or Hondaline fairing on it, which I prefer. It does, however, have a full set of matching rear luggage, including a removable top case. That’s how I wanted it. I’ll pull the luggage off immediately, but will definitely be saving it for future trips. This bike-to-be also has some key upgrades that I was really happy to find were already on the bike. Specifically, progressive springs in the front forks, new brakes, and it even comes with a spare seat. The exhaust is a GL1200 header with Harley Davidson Road King silencers. They’re long suckers. They look pretty good under the luggage, but when the bike goes naked, those will probably have to shorten up quite a bit. At least they ought to sound pretty good in the meantime.

Speaking of changes, this will not be a bike left well enough alone. My desire here is not simply for a naked GL, but a custom naked GL. I’m not interested in doing anything crazy. I’m not going to modify the frame. I’m not interested in painting the engine orange or dipping every last nut and bolt in chrome. Nope, my philosophy for this bike is much more minimal. A little paint, some intentional details and that’s that. Less is definitely more. I don’t want something that screams “Look at me! I’m a custom motorcycle!” I want to approach this from a place of simplicity. I want this to be a motorcycle that someone else might appreciate, but maybe only if they took the time to really look at it — or maybe even only if they really understood what it was. Thankfully, this approach is straightforward and even pretty inexpensive. Maybe something like this: 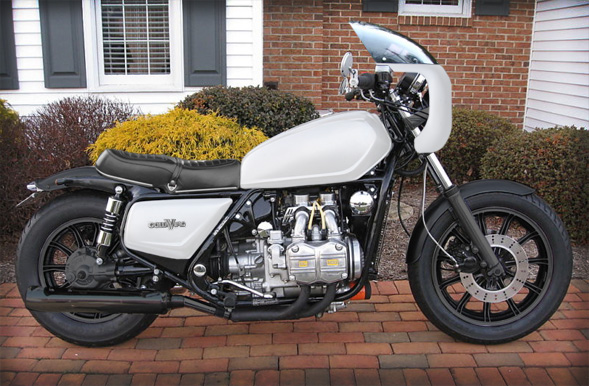