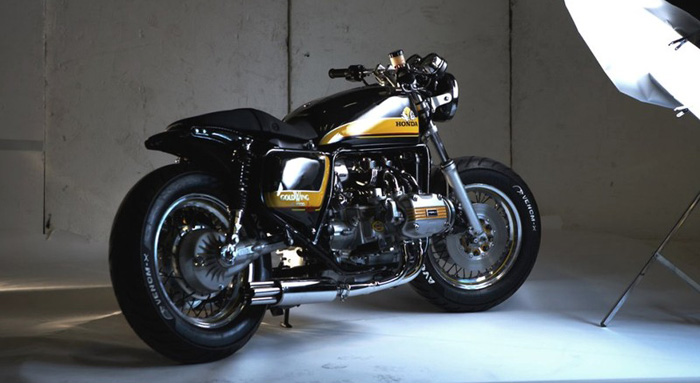 Also known as the “Naked Goldwing”, the 1975-1985 Honda GL-series motorcycle is a bike that’s currently growing in popularity among custom motorcycle enthusiasts. I’ve seen a couple here in the TC and it’s really a striking thing. We’re all used to seeing the Goldwing resplendent with full fairings and enormous saddlebags and rear trunks motoring down the highways — most often with a couple riding two-up on some road adventure. But take off all the dressing and you’re left with a muscular, highly capable motorcycle with lots of room for customization. 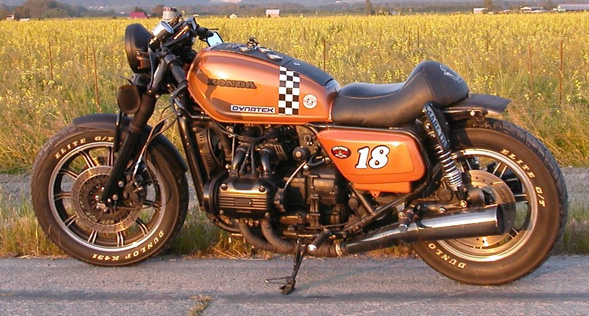 The liquid cooled, boxer four-cylinder, liter power plant spins 80+ hp through a rear shaft drive. The reputation on this drivetrain is overwhelmingly positive. Smooth operation and bullet-proof reliability. The mill is designed to propel two riders and all their gear down the road behind a full fairing — punching a rather big hole in the oncoming air. Strip all that down, switch to a solo seat and you’ve got the makings of a muscle cycle. If you want to go thoroughly bonkers, there is even a supercharger for this bike. 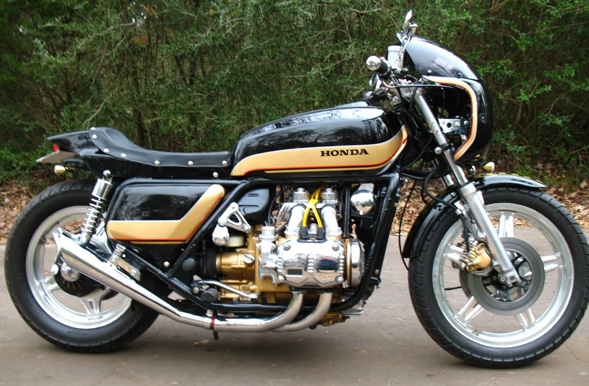 I haven’t ridden one yet, but what I’m told is that these old GLs are surprisingly agile and precise. Progressive front springs and adjustable rear shocks ought to make the handling equation even sweeter. Stock, the GL weighs in at a whopping 694 lbs — a full 200 lbs more than my CB650. However, I bet there’s a lot of weight savings to be had in pulling off the fairing and all the luggage. Despite its mass, the GL still has a 10+ mph top speed advantage over the CB650 according to bikez.com. 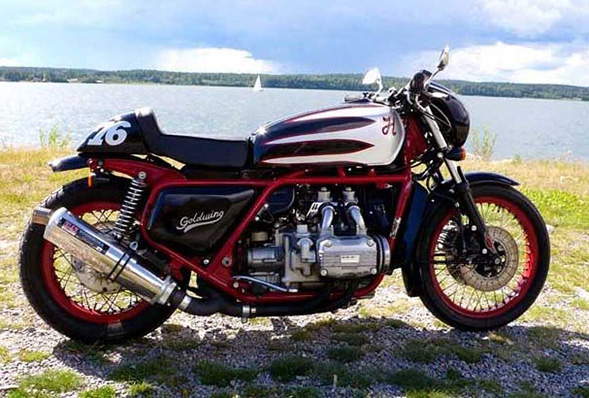 If I did one, I don’t expect that this would be a race bike. Even naked, it’s not going to be as nimble as my CB650. However, I do expect it’d be an absolute blast to ride. The low center of gravity, the growl of the boxer, and especially the fit of this big bike ought to suit me to a tee. That’s the biggest thing: fit. For those who haven’t met me in person, I’m not a small guy. I’m just shy of 6’4″ and most bikes are a bit cramped to say the least. My CB650 isn’t bad, but it isn’t great either. The GL, on the other hand, is just my size. A custom solo seat is a given, but even stock, the GL fits my frame very well. What’s more, its a bike designed to carry weight. I take up a significant amount of the listed service weight on my CB all by myself, never mind a passenger. 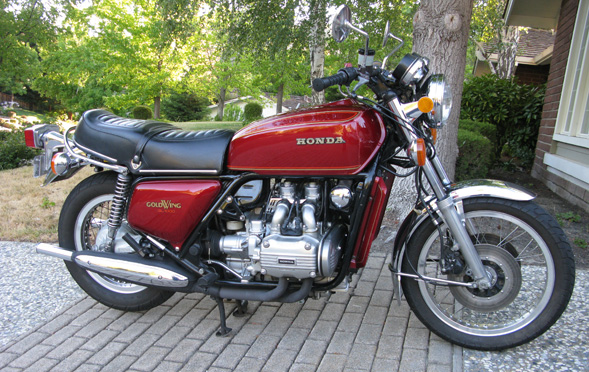 Thing is, what draws me to this bike the strongest is its capabilities. It’d be extremely comfortable, and (knock on wood) very reliable. As a custom, it’d be a great looking, unique show bike that would get attention wherever it went. I’m not going to pretend that’s not appealing. More than that though, the GL would be a bike I could ride to the local hang outs one day, then ride to California the next. It’s first and foremost a touring bike. So if I wanted to, I could easily put the bags back on it and go wherever I like. That versatility is really, really appealing. Sure, it’s big and beefy, but if I’m just starving to ride something light and nimble, my Vespa is always an option. 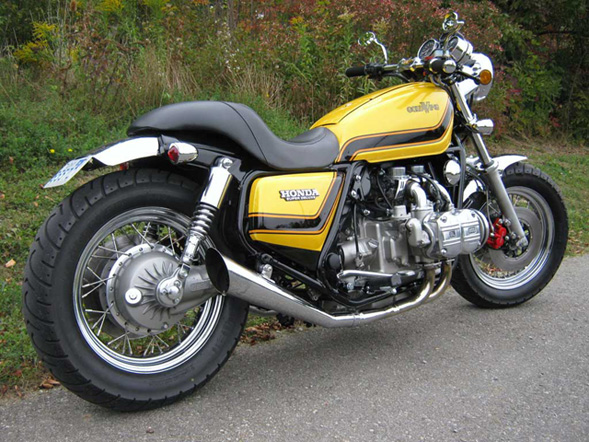 So while I still have affections and aspirations for Yamaha XS 650 cafe bikes and Triumph’s Thruxton Bonneville, I think that in the end I’ll actually be happier with something like the GL as my regular runner. Luckily, the latitude for customization is just as limitless as it is for more common bikes like the XS or the CB. While my naked GL likely wouldn’t be a true cafe, I think I can still instill it with a lot of that philosophy. In fact, the vision I have in my head right now is a racing style inspired by the pre-WWII air show and air race circuit. Something minimal, bright and shiny, yet muscular and imposing. And loud. It’s gonna be loud.