Yesterday I was thrilled to see that three photos of the MINI Countryman crossover had leaked a couple weeks weeks ahead of MINI’s planned reveal schedule. With the press embargo broken, MINI decided today to go ahead and let Motoringfile and others reveal the full set of R60 photos and accompanying press release. Motoringfile’s founder, Gabe, accompanied the reveal with insightful analysis, as usual.

Exterior design is always subjective. And when you’re dealing with a brand with so much heritage, it can be a herculean task to create a new shape within the context of a new model range. But that’s exactly why the Countryman is so impressive. In this vehicle MINI has both departed and embraced the visual language that they have so carefully crafted over the last 10 years.

If you’re not a regular Motoringfile reader, it’s worth mentioning that this R60 crossover model is easily the most contentious move MINI has made since its reintroduction to America in 2002. The very idea of this car deeply divided the enthusiast community, and beyond just the cainophobiacs in the comment section. Everyone was skeptical, including myself, that an SUV — even a small “crossover” SUV — had any place in the MINI catalogue.  It seemed like pandering to the bad taste of mainstream american drivers simply to hedge MINI’s profit margins. It was abhorrent that the iconic Cooper hatch might have to share the marque with some overgrown, FJ Cruiser-like parody of itself. And had MINI gone down that path, I’d definitely be on the side of the unhappy mob — pitchfork in hand and torch aflame.

Thankfully, the design team at MINI have proven themselves masters of their craft from the very first incarnation of the R60, the Crossover Concept. Looking back on it now, it’s amazing just how closely the production car revealed today mirrors this concept vehicle from 2008. 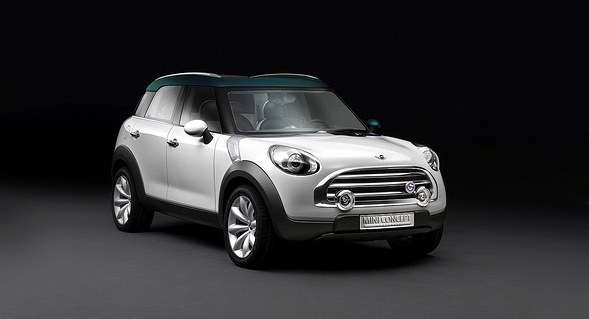 What I thought then, and can only reiterate now with renewed enthusiasm, is that the only way a vehicle like this could work would be if it were uniquely MINI. It would have to be a vehicle with the character and cheek that only a MINI can have. The Crossover Concept had that, in my opinion, and so does the final car we’re seeing today. Looking back at the concept, you can see that it’s all there: the side grills, the lower door creese, the roofline, the big-mouth grill. Only the headlights have changed significantly. Even still, you can see their roots in the concept car. More than anything, I appreciate the great care and restraint shown by the MINI design team. This is a car of subtle elegance and rich detail. It’s not a gaudy mess of faux machismo. Instead, it’s a quietly confident little road warrior — a gentleman’s car of quiet distinction. 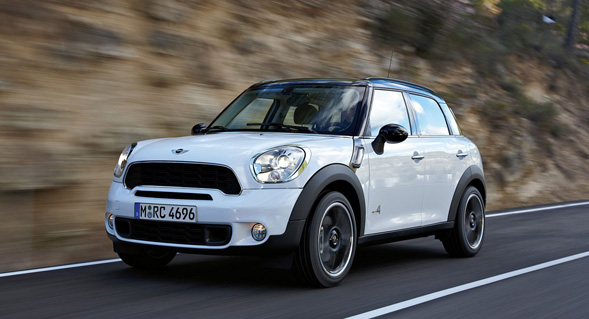 The interior of the R60 does not disappoint either. Taking obvious style cues from the rest of the MINI lineup, the Countryman’s interior is a much-needed refresh of the hatch’s fussy cockpit. The stereo controls appear to be significantly simplified for the better. 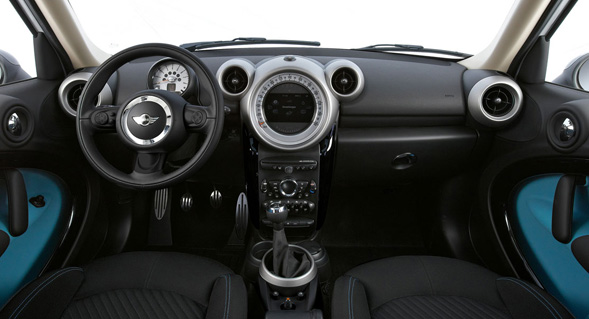 Changing over from the silver knobs and switches of the R56 back to the black of the R50/53 generation interior also quiets the whole center stack in a very good way. The dash isn’t so Mickey Mouse anymore. That is, except for the placement of those center air vents. C’mon, somebody had to say it! Lastly, given how much more comfortable the R56 seats are than my R53, I’m glad to read this tidbit from Gabe:

Having sat in a pre-production version of seats, I can personally confirm that the bolstering (both in the bottom seat cushion and seat back) is decidedly superior to the current sport seats in the R56.

All in all, I’m just thrilled about this car. Conceptually and aesthetically I am completely in love with it. I have only two major gripes. First, all indications are that the high-performance 2.0L diesel powerplant available in Europe will not make it to our shores. I’m looking at you, California! This is disappointing from both a fuel economy standpoint and the massive amount of torque the diesel would have provided this little AWD monster. I’d wager that in diesel trim, the Countryman would make a wonderful light tow vehicle. The silver lining is that MINI has recently announced significant efficiency and power gains to their current range of engines, which will also power the Countryman. According to MINI, by adding fully variable valvetrain to their already fuel thrifty, direct-injected engines, they’ve been able to add both power and efficiency over what we see in today’s MINI lineup. The Cooper S’s turbocharged 1.6L powerplant, for example, will be boosted to 184 hp and push the Cooper S hatch to around 40 mpg average fuel economy. That’s particularly encouraging because it could be plausible to still get 30 mpg or better out of the Countryman is Cooper S trim, even with its increased size and AWD system.

Which brings me to my second gripe: naming. I don’t mind the name Countryman, as it has roots in MINI’s heritage. What I think is, well, stupid, is that it’ll just say Cooper S on the boot. The Cooper is the hatch, dammit. Variations on the hatch make sense as Coopers, such as the convertible or the Clubman. This is an entirely different vehicle, yet for reasons lost to me, the full name will end up being MINI Cooper Countryman, or MINI Cooper S Countryman, or John Cooper Works MINI Cooper S Countryman depending on which model you get. Ridiculous. Why isn’t it simply the MINI Countryman or Countryman S? Retaining Cooper in this model doesn’t make any sense to me and smacks of a decision made because someone was afraid that people won’t know what it is if the name Cooper isn’t on it somewhere — even with a gigantic MINI logo on the boot! I didn’t like this convention with the MINI Cooper Clubman either, but at least with the Clubman it makes basic conceptual sense. The Clubman is an extended wheelbase version of the hatch. It’s the same base car. The Countryman is based on the BMW X1 and is a 4-door for goodness’ sake! It’s not the same car, and that’s okay. That’s a good thing.

These are minor gripes, though. They don’t hamper my enthusiasm for the car one bit and especially given my recent experience driving the Clubman, the MINI Countryman may in fact be the car that finally unseats me from my beloved 2006 MINI Cooper S. That will, of course, depend heavily on pricing and the reality of how it drives. But something tells me that given the absolutely stellar job MINI has done with the look and character of what we’ve seen so far, the driving experience is likely to be simply superb. I’m not expecting it to be able to chase down a Cooper S hatch through the Tail of the Dragon, but I bet it’ll still feel right at home in the corners.