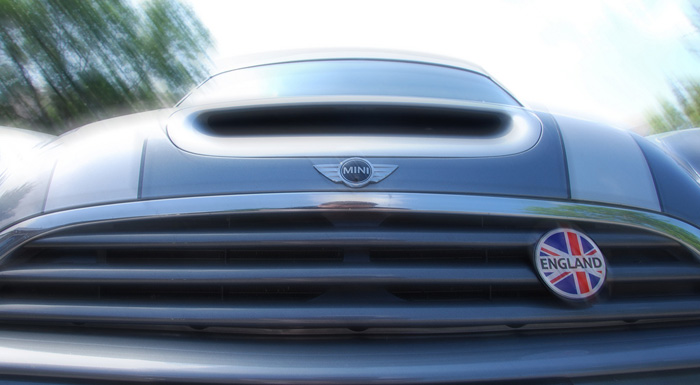 My car turned 50,000 miles this week. With one thing or another needing modest attention, my MINI Cooper S is starting to show its age. Nothing bad, just little things like brake pads and a handful of scratches in the paint. It’s still a snarling, eager little tank of a thing and I’m still absolutely in love with it. It’s worth looking back at three years of glorious MINI ownership and hopefully offer some perspective for anyone thinking about picking up a used R53 MINI.

The Good
My car was one of the last MINIs of its generation built at Plant Oxford before the current generation of MINIs hit the streets. It took some financial acrobatics to make the purchase when I did, but I was one proud papa in August of 2006 when I took delivery of my little silver road monster. Being very late in the model cycle, this meant that MINI and BMW had actually fixed most of the known issues in previous years of the Cooper S. I credit the late build date with my relatively trouble-free ownership experience so far. Some haven’t been so lucky. I’ve had minor issues, such as a parking brake that wouldn’t release all the way, a cracked thermostat housing, and a minor wiring issue. Oh…and a clutch replacement. But overall, my MINI has been stone reliable and still feels every bit as solid and strong as the day I bought it. My car is also pretty much rattle-free in the interior. After a few winters older MINIs become what Gabe Bridger described as “a symphony of rattles” in the dash and roof. Thankfully my car doesn’t seem to have these tremors so far.

The R53, like all MINIs, is a driver’s car. It’s not for everybody. Don’t buy one just because it’s cute. This is a car of substance and character, not an appliance for hauling your butt from A to B. There are, in fact, things about this car that the average driver wouldn’t like at all. It’s not uncomfortable, but you’re going to get a lot of feedback from the road. The steering is downright taught and if you’re not smooth with it, you’re going to jerk yourself all over the road. Having lived with the car for three years now, I’m happy to report that I haven’t gotten the least bit sick of the R53’s uncompromising character. In fact, it’s pretty much ruined me on other cars. When I thought about possibly changing cars a few months ago, it was my MINI’s obstinate temperament that couldn’t be surpassed or even matched — even by the current generation MINI. I drove several very nice cars, including the R56 Cooper S, the VW Jetta TDI, and even the Honda Insight. Each has their high points, but none could get me excited the way I feel every time I drive my car. I still turn and look back every time I arrive at my destination and get out of the car. I can’t help it. It’s just so good looking. I love the way it makes power in any gear, the way it tucks into turns and how I can put its trim size in and out of traffic at will. I love its growl, the burbling exhaust and the throaty whine of the supercharger. It’s a car that feels substantial in all the right ways, yet light and willing when needed. A car that lives in the sweet spot where performance meets style and economy. I can get 24 mpg in town zipping around like my hair is on fire. In 6th, doing 60, I can get 40. Take that, boring econoboxes of the world!

The Bad and The Ugly
The only things I can really complain about aren’t really the car’s fault with two exceptions. The down tubes on the center stack in the interior is so vertical that if you’ve got long legs like I do, the pillar is in the way of your knee. If I put my seat exactly where I want it for steering wheel distance and pedal position, then my leg ends up right against that down tube just below my knee. I can compromise my seating position just a touch and be a bit more comfortable, but it’s a trade-off. It’s not a deal-breaker, but is indeed a very noticeable improvement in the current generation of the car. If you’re not tall, it’s not really an issue, but for me, it’s my only real gripe. That and the keyless entry, which most days has a range of about 3 feet. My other complaints aren’t the car’s fault — little scuffs and scratches.

I anticipate that my only ongoing struggle with this car will be costs. A power steering pump for a Honda Civic probably costs somewhere between $50-$100 from O’Reilly’s. A power steering pump for the MINI costs a hair under $700 — and that’s before any installation labor. As my dad would say, “I can buy a car for that!” That’s an extreme example as it’s a specialized electric pump rather than the more conventional pulley-driven pump. But still, keeping this car running in the long run could be an expensive proposition. This was my principle motivation for going car shopping a few months ago. Although it makes more sense for me at this point to hang on to my MINI a while longer, cost sticks in the back of my mind. When I refinanced, I purchased an extended warranty for this very reason. I really don’t want to be on the hook for that power steering pump. Let me say though, that this is not a problem unique to the MINI. Cars these days are so much more complex and specialized than they used to be. The cost of extended ownership of any car anymore is going to be higher than what it cost to keep say a japanese car from the ’80s or ’90s on the road. As cars get even more tightly wound and complex in the name of efficiency, this problem will only worsen I’m afraid. Unfortunately, this is the price of admission for any car worth having in my opinion. I’d face the same conundrum driving a BMW, an Audi, a VW or any other nameplate worth driving rather than just riding in. It’s the price you pay for not being boring. Sure, a Toyota Camry may never break down, but if you’re a passionate driver, you very well might.

The Bottom Line
I’d buy this car again in a heartbeat. In fact, I sort of did. In considering my refinancing-or-sell options, I looked at the value proposition of what I would be getting for my money. Looking at my Cooper S as though I’d never seen it before, I asked myself “would I pay $16k for this car?” and the answer was a resounding yes. I am resolved to hang on to it for as long as is economically wise to do so. And even if and when that day comes when I sell the old boy, it’ll be with a heavy heart. There really is nothing like it available in this market. Whoever takes ownership of this brilliant little car will have something wholly unique on the motor way. But for now, you’re going to have to get your own — this one’s mine.