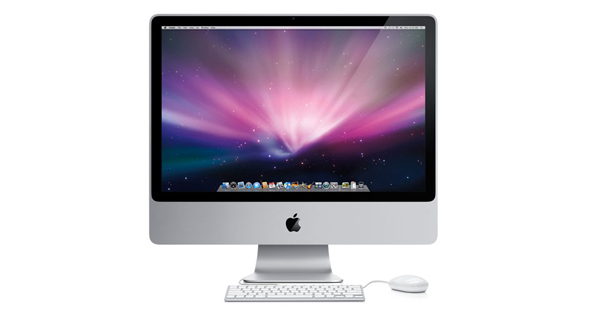 There are a handful of simple things that even the fantastic Mac OS-X doesn’t do right out of the box. For one, because of all the legal hooey around digital music copyrights, you’re unable to simply backup your iPod to your computer using iTunes. If you’ve only got one iTunes library that you’re syncing to, this isn’t much of an issue. But if you’re managing your music manually, like I am, and you’ve got music and media spread across multiple computers, then being able to backup the files from your iPod to one place becomes a necessity. That’s what I’ve been trying to do for the last 30 minutes. What I’ve discovered is a valuable lesson to anyone in the software business: there is a right way and a wrong way to deliver trial software.

1. Make your program simply useless in trial mode.
I’m looking for a utility program to do something very simple: backup my iPod. Most of the apps I downloaded to attempt this had ridiculous copy limits with as few as 40, 25, or even 10 tracks. There are 3300 tracks on my ancient 3G iPod. 40 does me no good at all. You’ve just wasted my time. I’m not going to pay for an app that wasn’t willing to help me do what I needed to do in the first place. It’s right up there with “bathroom is for paying customers only.” It’s short-sighted, and it’s infuriating.

2. Make your program creatively useless in trial mode.
One app I downloaded copied my first 25 tracks, then displayed an alert box that might as well have read “this program will continue to function, technically, but is now going to be creatively obnoxious until you give us $20” I clicked “ok” and a countdown timer started. The creator went to the trouble of programming in a 60 second delay between copying each track in trial mode. I did the math and it would have taken 55 hours to backup my iPod. No thank you, and a plague upon you, you sadistic bastard.

3. Price your app for the airport convenience store
Your simple file copy app is not worth $20. Period. I don’t care how slick-looking it is or what kind of ancillary features you’ve added. If it’d been $5, I probably would have just bought it without bothering with the trial.

4. Poor trial mode date detection
One app said my trial period was up as soon as it launched. Epic fail. No purchase for you.

1. Full-function with a fuse.
If you think your app is worth $0.99, let alone $20, then prove it to me. Show me what you’ve got. Let me use the damn thing in its full glory. If you’re going to restrict function, only restrict advanced features and leave the basics fully intact. An app that does this particularly well is Iris. I plunked down $30 for this app because of its ability to turn my Apple laptop’s built-in iSight camera into a fully-functional security and web camera. Many of the advanced functions were grayed out in trial mode, but all the essentials were there. I purchased it because it works so darn well and haven’t been disappointed in the least.

If you’re going to institute a use limit, such as the number of tracks you’re allowed to copy, make it generous. Ideally though, give me the full version of your program and give me at least 15 days to try it out. After 15 days, lock it down completely. That’s fair, and if you’ve got a good app, then it will be worth my while to purchase it because in those 15 days it’s become essential to whatever task it does. This is how EventBox won me over and got $15 of my cash. This slick social media content aggregator lets me see any RSS feed, my Twitter feed, Facebook status and photo updates, plus Flickr all in a single interface. By the end of its 15 day trial, EventBox had become such an essential tool for keeping up with things online that I couldn’t live without it. Sold.

2. Price for reality, and scope.
Price should be a direct reflection of how much the app does and how well it does it. Much better to be a bargain than a joke. EventBox isn’t perfect, but it’s easily worth $15 if for no other reason than it saves me time. As obsessive as I am about the sites and feeds that I follow, EventBox saves me so much time in needlessly checking Twitter or my RSS feeds. Honestly, I would have paid more for EventBox, and those who purchase it out of Beta ultimately will pay more. It’s worth it though, in my opinion. It does what it does exceptionally well and it really does do a lot.

Iris, at $30, is spendy for a downloaded app. It’s so full-featured though, that I didn’t have much hesitation. It does something truly useful and in a fun way.

3. Be really good software.
Don’t even think about charging for your software unless it’s uniquely good at what you built it for. If it’s just an iPod copy utility, get over yourself and make it freeware, because ultimately I’m just going to keep scouring around until I find a freeware app anyway (which is what I did). Use your great little app as a sales tool for more substantial software. But if you’re charging anything more than $0.99, then your app had better kick ass.

Two paid apps that truly do kick ass are OmniGraffle and Balsamiq Mockups. OmniGraffle puts Microsoft’s Visio charting software to abject shame. With smart auto-layout relationship mapping and bulk selection tools, this versatile app lets you visualize everything from site structure to idea mapping in a highly-customizable, yet easy to use interface. At $199 for the pro version, its a financial leap of faith that hasn’t let me down. My PC-user colleagues often lament this app’s Mac-only availability. Balsamiq Mockups is easily the best tool in a web or UX designer’s bag of tricks. This UI sketching software is so streamlined, so essential in function, that it’s actually faster than sketching by hand. I can create highly detailed sketch wireframes of web page layouts in no time at all. At $79 with free lifetime updates, it’s become integral to how my User Experience team pitches ideas to the entire company, CEO included. Mockups finds that perfect balance of just enough detail to be able to clearly identify function and layout, with purposefully little aesthetic so that non-designer decision makers don’t get hung up on color schemes, button styles, or any of the other minutia that quickly derail the early stages of web or app development.

I used the trial versions of both these apps and recommended both for corporate purchase. Now our whole department puts them to very effective use. What’s more, both programs have huge followings. At $79 a pop, I imagine the creator of Mockups must be doing very well for his or herself right now. That’s the long-term approach that any independent software developer has simply got to take. Be there for the long haul, not the quick buck. An easy first step: don’t piss off your prospective customers with an obnoxious or useless trial mode.