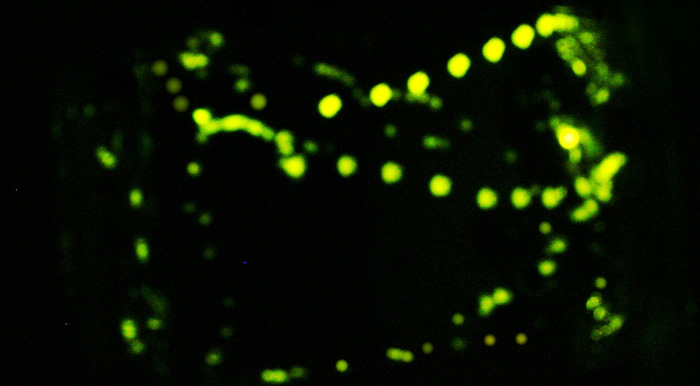 Last week I was riding the train home from downtown Chicago. Standing just inside the door, I was leaning against the entry wall, my back to the front of the train so I wouldn’t have to hang onto anything. As the north side of Chicago blurred by, I caught a glimpse of something unexpected out the window. Near Wrigley field, there were two guys, probably in their early to mid 30s, facing the train, standing on top of a parking garage. They were grasping at the air with one hand, and holding a glowing jar in the other. Though I could only see them for an instant, I was able to take in the whole of what they were doing. In short, they were being silly. Here were two grown men pretending to catch fireflies in the middle of the concrete jungle. All for their own amusement and for anyone who, like me, just happened to look out of the train at the right moment. Looking around the car afterwards, I think I was the only one who noticed. I couldn’t help but chuckle. It was so silly, so unexpected and so utterly charming. I don’t know what their intention was, and I don’t know who they are, but things like this make me feel hopeful. There’s a lot of horror and evil in the world, but there’s also two grown men catching imaginary fireflies in Chicago. Maybe we’ll be okay.