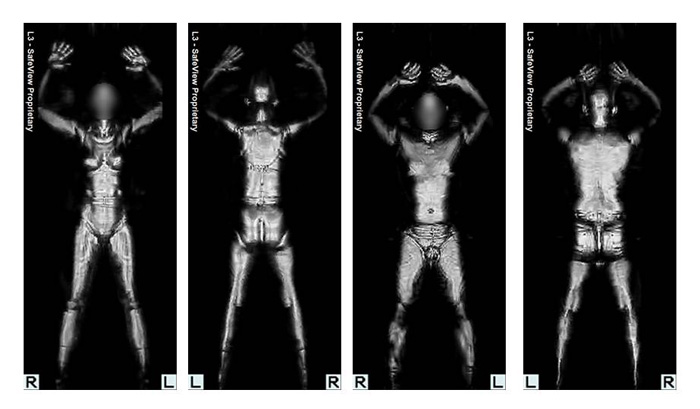 I’ve steered away from politics on this blog. I just don’t have time, and most of the partisan bickering is pretty meaningless right now. And while I don’t think this is a particularly political topic, it does require the immediate attention of our government. The topic in question is that of airport security. I’ve been doing a lot of traveling lately (as often as once a week), so this issue hits pretty close to home. With a lot of people about to travel for Turkey Day, this is something we need to stand up against right now.

There’s a lot of fantastic public outrage going on right now concerning new “security” procedures being taken by the TSA. For the unaware, there are now full-body scanners being used in many airports around the country. This is of concern for two reasons. A) Some TSA person pretty much gets to see you naked whether you like it or not, and B) some of the technologies being used pose health risks and you get very little if any information on which technology is being used in which scanner.

However, that isn’t what bothers me (and many others) to the point of foaming outrage. What’s outrageous is what happens if you “opt out” of the full body scan, which is your right. If you decline the scan, you are escorted to a private room and sexually assaulted. Yes, you read that correctly. There’s no hyperbole or exaggeration in that statement. Let’s not sugar coat it. You will be aggressively groped. A government employee will put their blue gloved hands on your body, including your genitals and chest. It’s worth noting that were a police officer to do this to you, even while arresting you, he or she would be themselves brought up on charges.

So what can you do? There are a handful of things. You should definitely opt out of the scans. But you can also refuse to be taken to the private room for your groping. Make them do it in full view of the other passengers. But if you’re not flying anytime soon (lucky you), you do have other options and I implore you, on behalf of people everywhere, to at least speak out in support of those who do have to travel. Here are some pretty easy things you can do to make waves:

In that vein. I’ve written my own Congressmen, Mr. John Kline of Minnesota, and said the following:

I am writing today to voice my outrage at the latest wave of airport security measures taken by the TSA. Specifically, the use of full-body scanning, which many sources are reporting pose significant health risk, and the enhanced “pat down” procedures people are subjected to should they “opt out” of those scans.

I will leave it up to your and our offices to gather further information on the scanning, but I do want to speak specifically at greater length about the enhanced “pat down” procedures. This is a policy that frankly, defies common sense. Why is it that as an air traveler I have now all but completely lost my constitutional rights. I have fewer civil and human rights as an air traveler than I do as a police suspect. This is unacceptable! What’s more, the TSA sexually assaulting people is not making us safer. I know that, and you know that. Given the many security advances we’ve made in luggage screening technology, in hardening aircraft cockpit doors, and resources like the no-fly list, I firmly believe that our security screening procedures are adequate, yet need an overhaul.

But rather than just complain, I’d like to offer a solution. Let’s learn from Israel — a ally who has faced an even greater security threat than our own, and addressed it much more smartly. Please take the time to read this article from the NYT: http://www.thestar.com/news/world/article/744199—israelification-high-security-little-bother.

The last thing I’ll say is this: I am not afraid. Every day, someone pulls a gun and robs a convenience store. Yet I still buy gas. I’m not afraid of being robbed. Every day, someone gets drunk, then gets in their car and drives, often killing innocent people. Yet I still drive, because I’m not afraid. Once a year or so, someone brings a gun to their office or their school and murders their peers. I still go to work. I’m not afraid of my coworkers. Yet because nearly ten years ago, a dozen men bent on bad acts took lives using an airplane I am now expected to give up my basic 4th Amendment rights to get on a plane? It’s nonsensical. We both know I’m not actually any safer for it, and in the end, what’s really happened is that the terrorists have succeeded. We are so afraid of them that we are willing to give up one of the indisputable ideals upon which our very nation was founded. I’m not willing to do that. Let’s pursue them to the ends of the earth, but let’s also show them that we’re not afraid of them.

And for the record, I fly almost weekly for business.

Thank you for your time.

If you do have to fly this holiday season, do keep in mind that November 24 is National Opt Out Day. It’s not even civil disobedience. You don’t have to break the law to take a stand. Let’s channel our inner Rosa Parks and show the TSA that we’re even less afraid of them than we are of the terrorists who, ironically, want to disrupt our way of life and cause us to abandon the things we founded this country on — you know, like the 4th Amendment to the Constitution.